Aion Classic Will Launch In The Americas On June 23rd 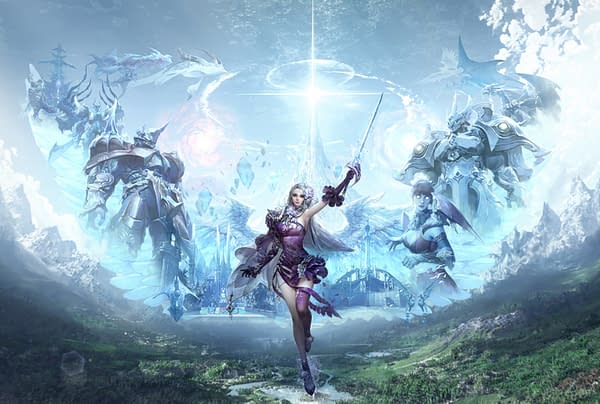 NCSOFT revealed this week that they will finally be releasing Aion Classing in North and South America in two weeks' time. If you're not already familiar with this, much in the same vein of WoW Classic and Old-School Runescape, this is a retro version of Aion that will take you back to the early days of the server and some of the first expansions and adventures created for the MMORPG. So far it's been a hit in Europe as players have flocked to go relive the way the game used to be, and now players in the west will be able to experience it as well. The game will drop on June 23rd with Founders Packs available for purchase right now.
Aion Classic will see the return of some of the games early, iconic dungeons, and only the original four character classes will be available to players (each with their two original subclasses). Keeping with the ethos of classic MMORPG experiences, the player progression in Aion Classic will be moderately paced, to increase opportunities for players to explore the world of the Asmodians and the Elyos.

Aion Classic will have a subscription-based model for players as well as a free to play option. By purchasing Siel's Aura with real money, players will be able to buy recurring subscriptions of 30, 90, or 365 days. There's also a 3-day pass available. The free option for players is available to everyone, but those players will gain experience slower than subscribers. Aion Classic will also have a Battle Pass, the Daeva Pass, which provides extra quests and rewards, and its own premium currency, Quna, which can be used to purchase cosmetic and consumable items, account services, and unlock the premium Daeva Pass tier.

Aion Classic also is a return to Aion's unique rifting PVP, where portals open up between the realms of Asmodae and Elysea, providing PVP-specific quests and its own PVP currency, which can be used to buy special rewards and also contributes to player ranking. Faction-based Fortress sieges also round out the PVP experience in Aion Classic, where players from competing factions fight over control of objectives. Winners will earn special rewards.