FIFA 22: what we want to see from the PS5 and Series X kick about


For the past few years, EA have often settled on a “good enough” approach to FIFA. Our FIFA 21 review is testament to that. This isn’t anomalous to annual sports titles, of course. However, fans are surely looking for something a bit more substantial for the new console generation. 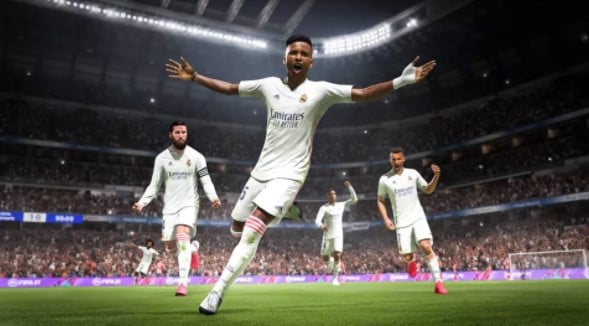 An improved defensive game
In FIFA 21, attacking and striking felt fantastic, offering perhaps some of the tightest gameplay we’ve ever seen in that area. Unfortunately, the game’s defensive options left a lot to be desired. The system is more than showing its age at this point, and perhaps a full defensive overhaul should be on the cards for FIFA 22.

As mentioned in our review, dispossessing attackers was much tougher than it needed to be, with groups of defenders struggling to handle a single attacking player. Consequently, the improvements to attacking greatly overshadowed the stale defending mechanics, which often led to unbalanced matches.


FIFA 17 was the first game in the series to make use of EA’s in-house Frostbite Engine. At this point, it’s getting a bit long in the tooth, and frustrations players had with the game and the engine all those years ago are still prevalent today. However, a new console generation could come with a fresh engine for EA’s sports endeavors.

According to Gfinity, EA opted to stick to the Frostbite Engine for FIFA 21, as well as other recent games such as Need for Speed Heat, due to the COVID-19 outbreak. This could signal that a new engine is waiting in the wings or at the very least being prepped for the new console generation. Here’s hoping that a new engine will allow EA to improve FIFA to an unprecedented degree.


As has been the case since the mode’s introduction, Ultimate Team was the big focus of FIFA 21. The controversial, microtransaction-heavy feature draws players in with its appealing pack opening system. EA is no stranger to the loot box phenomenon, and it’s clear this won’t change in FIFA 22.

FIFA Ultimate Team has been heavily criticized by fans as being too big of a focus on EA’s part, neglecting other modes that could be revitalized such as Career mode and Pro Clubs.


Another aspect of controversy is the advantage given to players willing to open their wallets on shiny new player packs. One can find success as a non-paying player if they’re skilled enough at the game, but for the casual FIFA player, there’s a stark difference in quality between teams that are bought with real money and those that aren’t.

FIFA 21 made some positive strides when it came to Ultimate Team. Co-op functionality was added to Ultimate Team in that game. However, it was tied to the single player experience, which provided another avenue of imbalance, as solo players could very easily be matched up with more than one player acting as their opponent.

A fully dedicated co-op mode would work wonders here. FIFA 21 did not allow the use of co-op in FUT Champions, which our review stated to be a missed opportunity for the game. Let’s hope FIFA 22 adds this much requested feature.