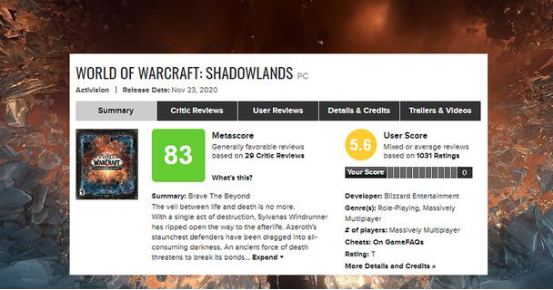 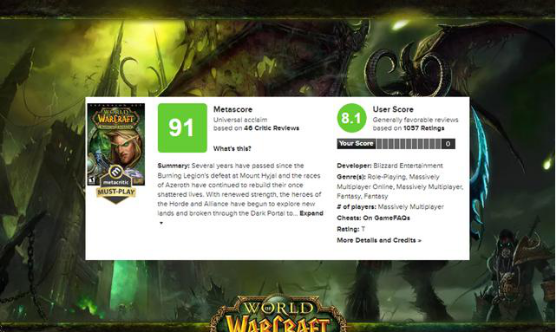 The score of 5.6 does not seem to be low, but it ranks third among all expansions in World of Warcraft. In contrast, the first-ranked "The Burning Crusade" expansion has a comprehensive score of 91 points, and the user score is even higher. 8.1 points, showing how big the gap between the two is. 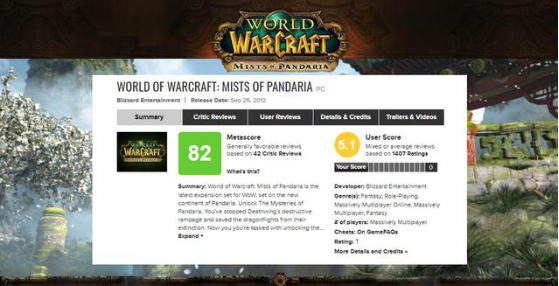 At present, there are only two versions with lower ratings than version 9.0, one is the second-to-last version 5.0 "Mists Of Pandaria", and the other is the bottom-ranked version 8.0 "Battle for Azeroth". The user ratings are 5.1. Points and 3.1 points. 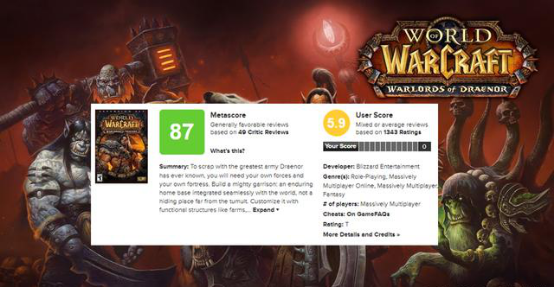 It is worth mentioning that the version of "Warlords of Draenor", which has not been highly rated by players, is also ranked ahead of version 9.0, not only has a comprehensive score of 87 points, but even user ratings have reached 5.9 points.

The designer is too concerned about the player's online time

In fact, the reason why the 9.0 version is higher and lower is that the designer is too concerned about the player's online time. And this concern only has two aspects: one is PVE difficulty, and the other is equipment acquisition.